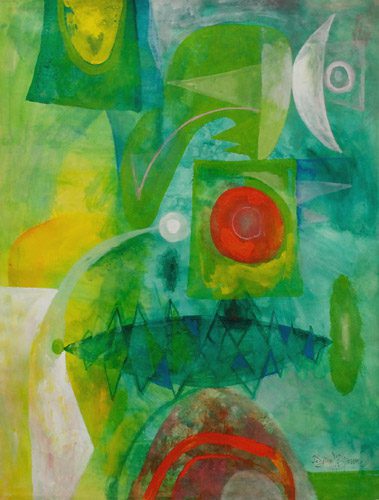 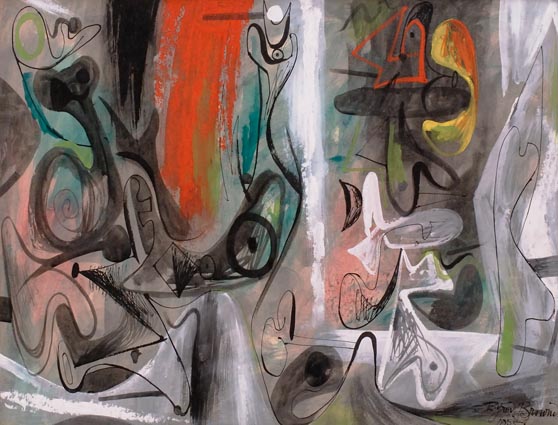 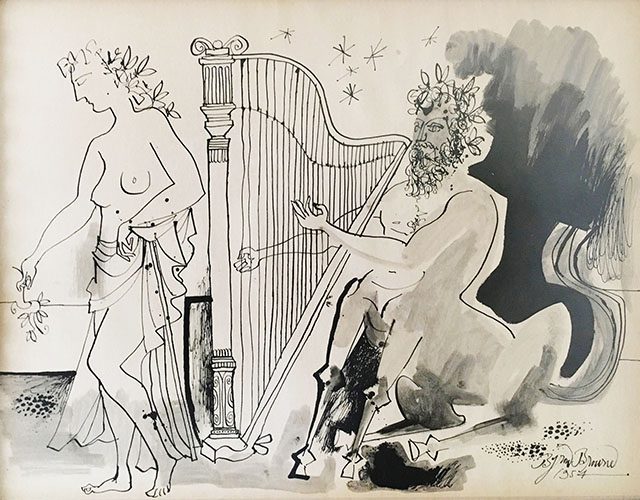 Byron Brown was born in New York in 1907. He was a central force in modernist artistic movement in New York around 1930s. He was an early member of the Artists’ Union, a founding member in 1936 of the American Abstract Artists, and a participant in the Artists’ Congress until 1940.

Browne’s artistic training followed traditional lines. From 1925 to 1928, he studied at the National Academy of Design, where in his last year he won the prestigious Third Hallgarten Prize for a still-life composition. He became friends with John Graham and Arshile Gorky to be enlightened with the new phenomena of modern art. He became fascinated with Picasso, Braque, Miro, and other modern masters.

Browne became a founding member of the American Abstract Artists, as well as being involved in a variety of other political and artistic groups at this time. Browne wrote and spoke frequently in defense of abstraction.

Cubism can be seen as the dominant influence in his work in the 1930s. By the 1940s his paintings had relaxed into softer, biomorphic forms reminiscent of Arp and Miro. In the 1950s, in response to the emergence of Abstract Expressionism, his work became more gestural and painterly. However, these styles were never mutually exclusive; Browne felt free to combine any or all of these elements, depending on his expressive intent.

He taught at the Art Students League beginning in 1948, and in 1949 he became a professor at New York University. Byron Browne died in New York in 1961.