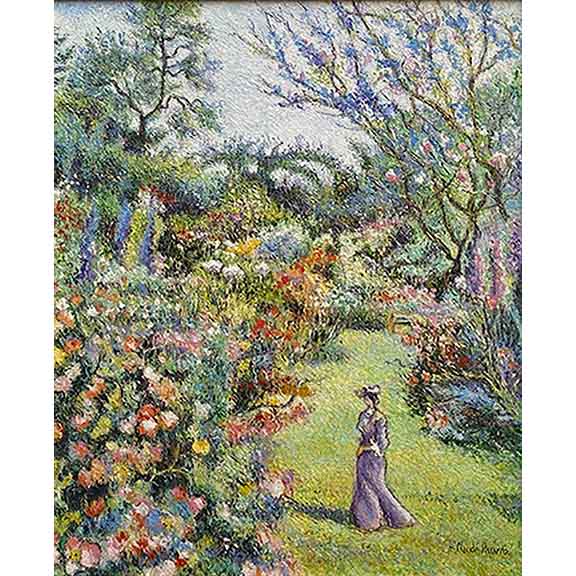 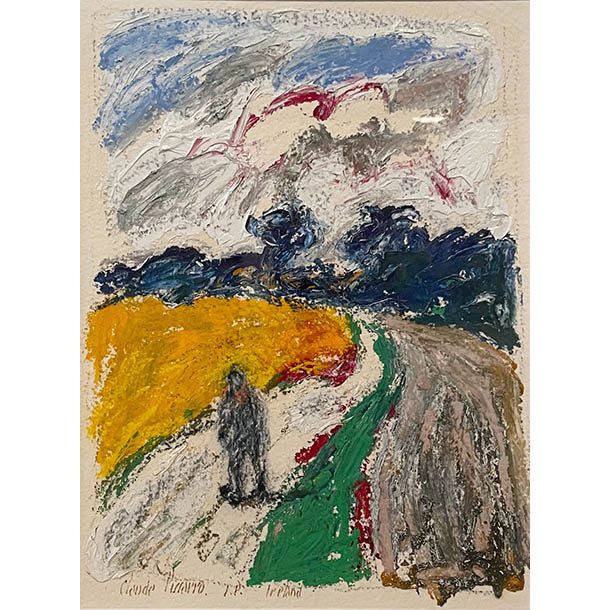 A path through a field 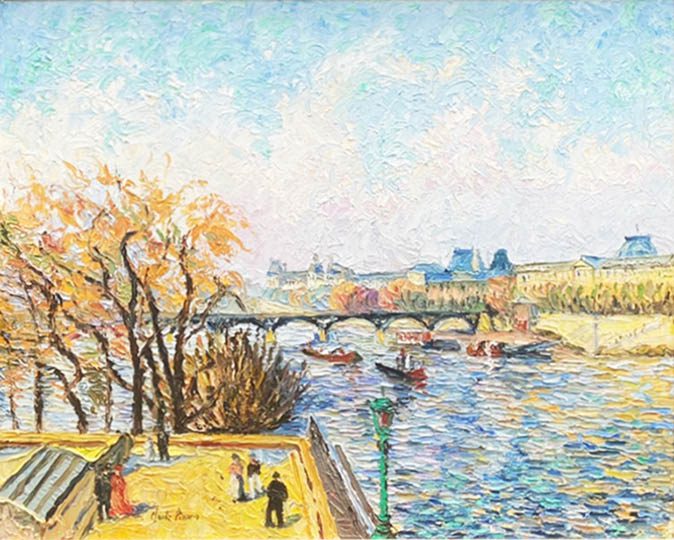 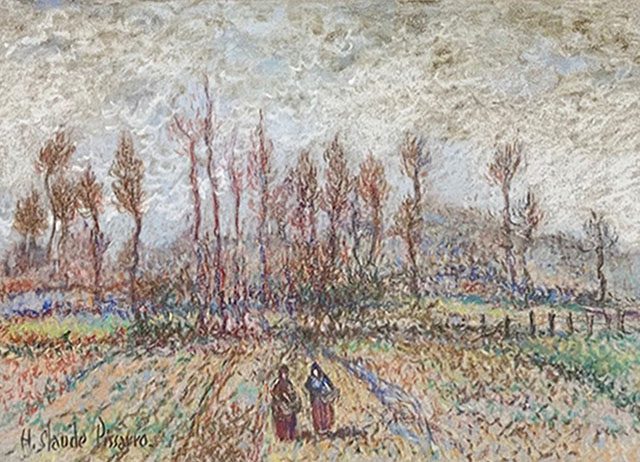 Two Women in the Field 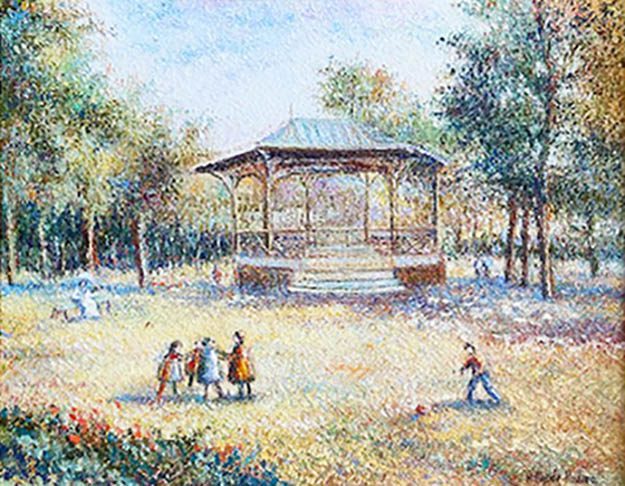 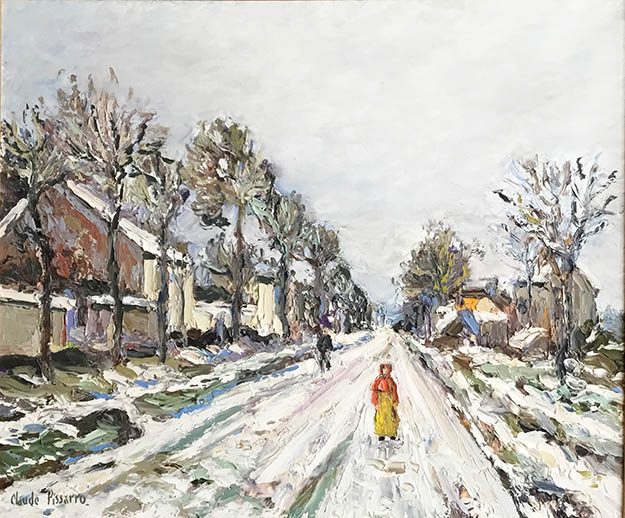 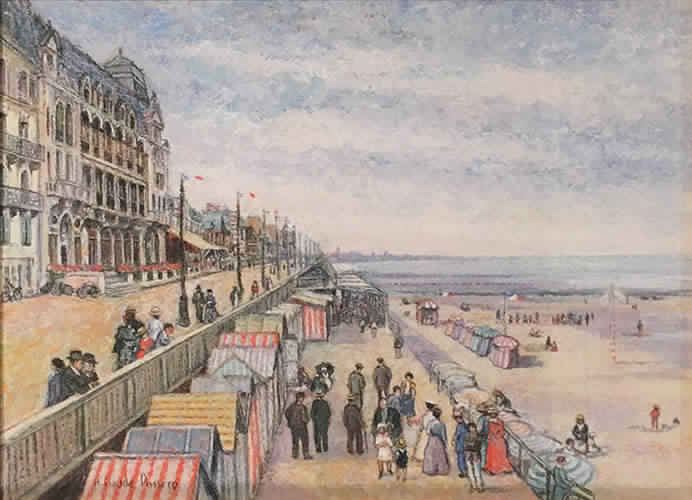 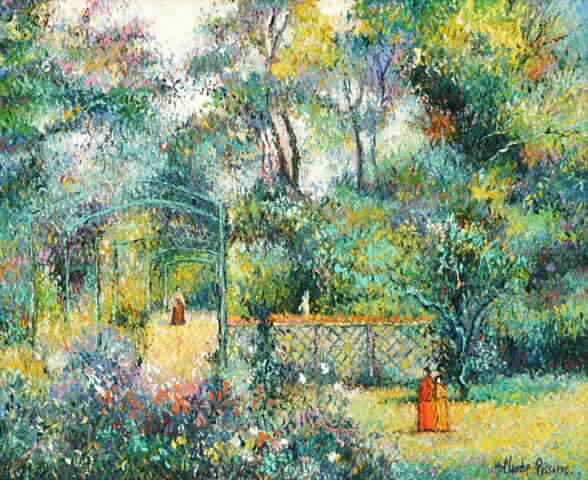 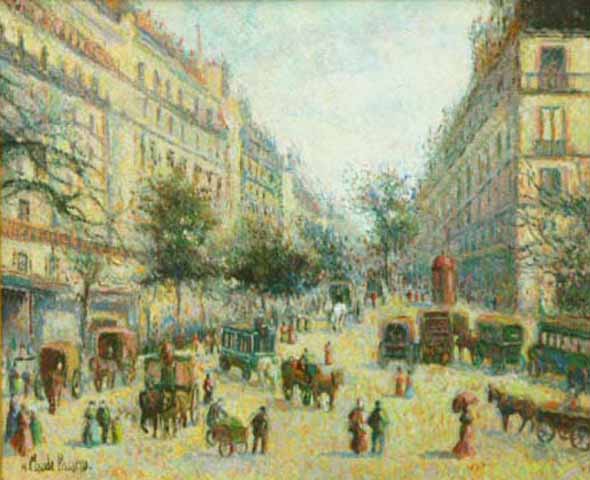 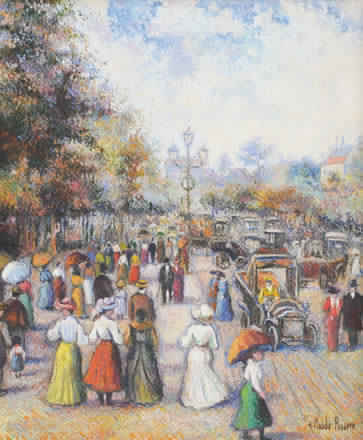 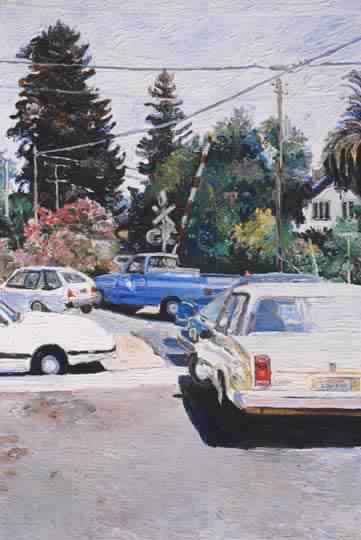 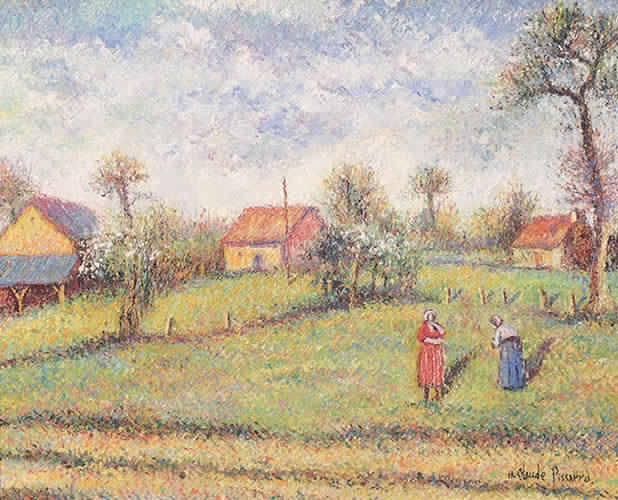 Hugues Claude Pissarro is the grandson of the Impressionist painter Camille Pissarro and son of Paulemile Pissarro. Born in Neuilly-sur-Seine in 1935 and he spent his childhood in an artistic environment following his father’s painting excursions outdoors. And this proved formative for him.

He studied art in Paris at Ecole du Musee du Louvre and, in particular, at Ecole Normale Superieur, a unique French institution dedicated to the pursuit of achievement and excellence to which only the academic elite have access. It was inevitable that this educational background would lead him to become a professor of art for much of his professional life and in 1965 he accepted an official invitation to teach art in Monaco

Hugues’ work has evolved through a variety of different styles and techniques – including abstract, avant garde, minimalist and conceptual art. However he is now perhaps best known for his Impressionist-style works, known collectively as ‘Petit Claude’, which have been exhibited throughout the world since 1985.

At the end of 1989, Hugues began to develop a more contemporary style, known as ‘Grand Claude’, and he initially adopted the pseudonym Isaac Pomie to separate these works from his Impressionist work. These contemporary works are distinctive by the large canvasses, which have become his trademark, and the technique of applying colours with great speed straight from the tube to achieve a thick, robust texture. Further refinement is added by scraping away some of the paint once it dries, the end result being a remarkable effect. One of his artistic idiosyncrasies is to precede each painting by a small study executed in oil or in mixed media.

He split his time in Ireland and Normandy, and working in self-imposed virtual solitude. Finally, what better witness to his motivation and success than the testimony of the artist himself:
” the need to find tranquility, peace, solitude and isolation far removed from the suffocation and oppression of unnatural urban life … savoring the joy and beauty of untrammeled nature on long country walks, paying daily tribute to my father who instilled this appreciation in me …regret that I have had such a relatively short period of time in this, my present style of painting …my sole reason for existence is to paint.”