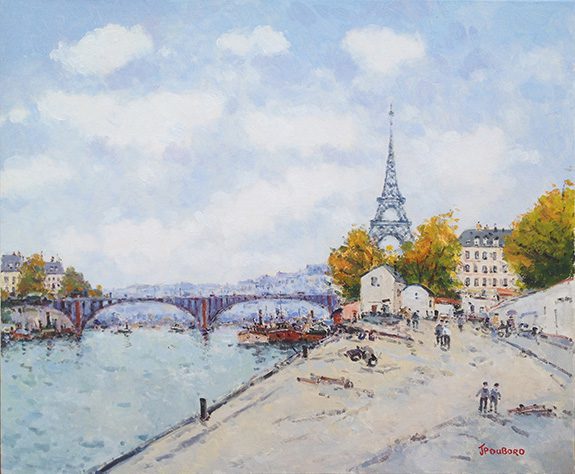 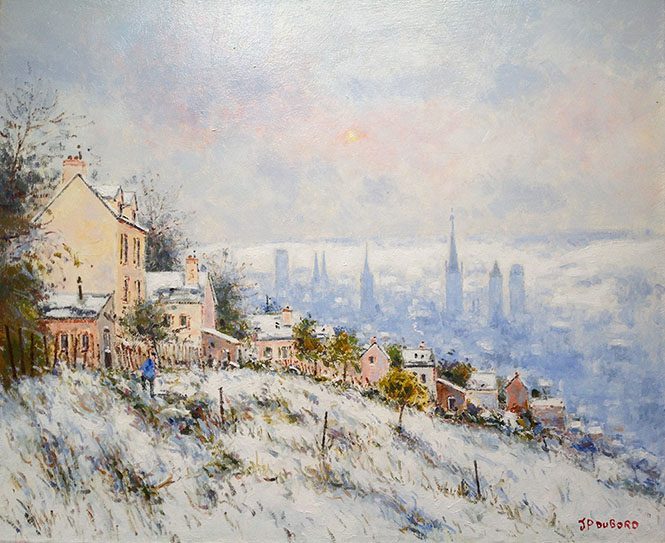 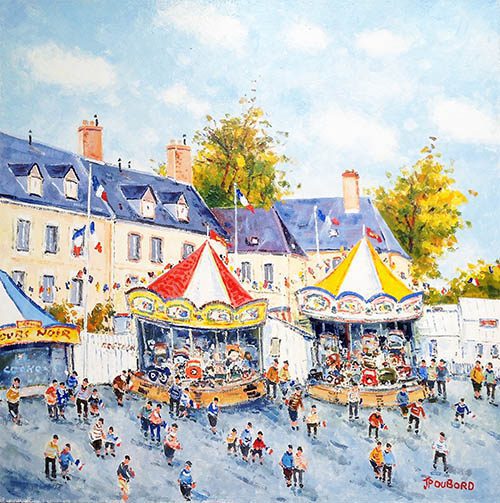 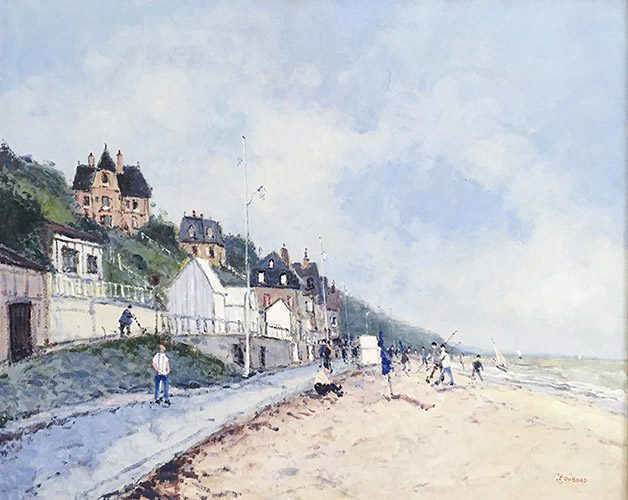 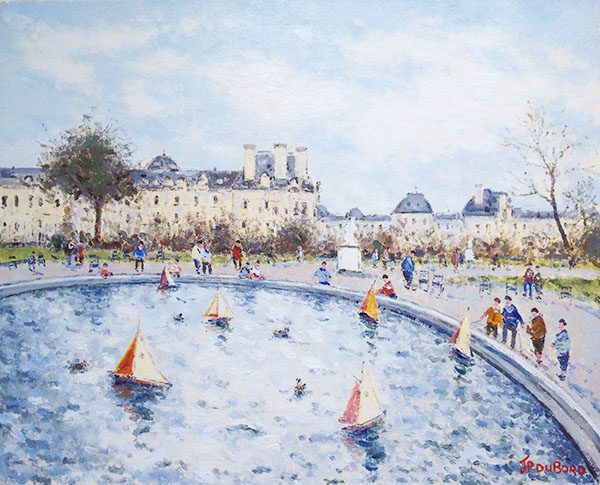 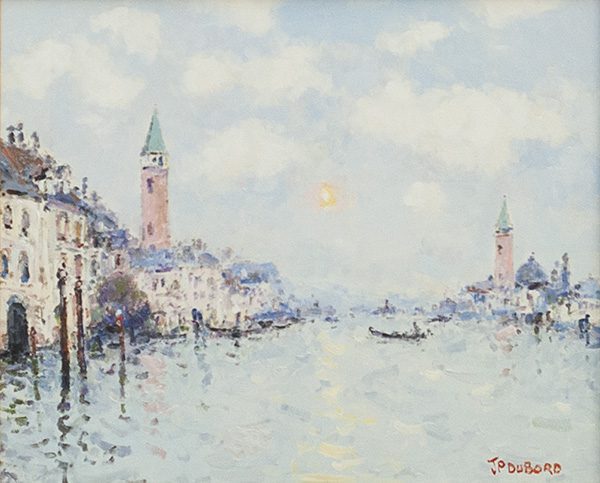 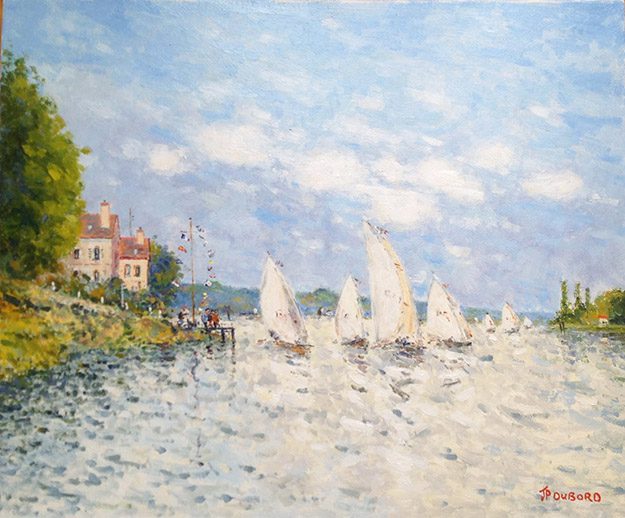 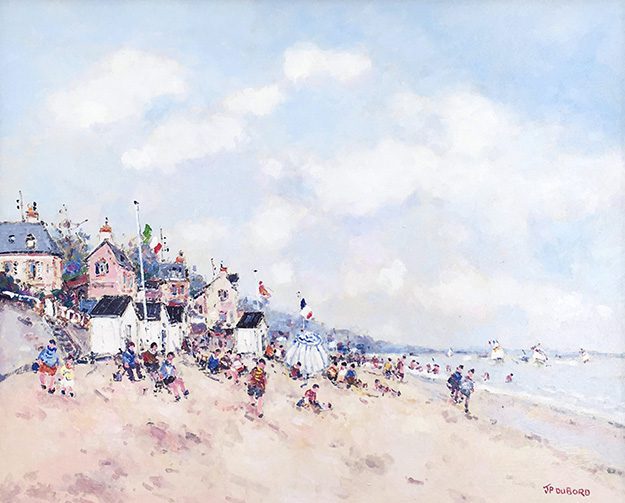 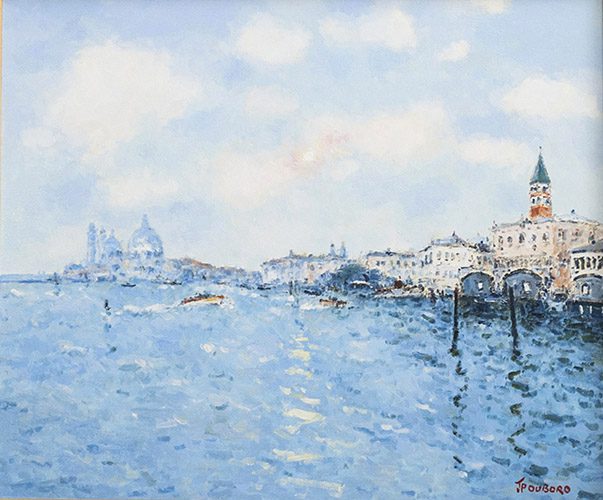 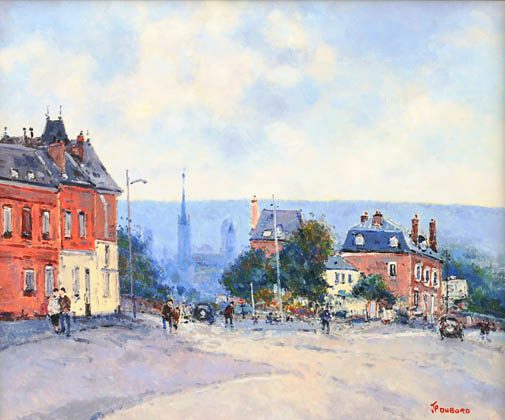 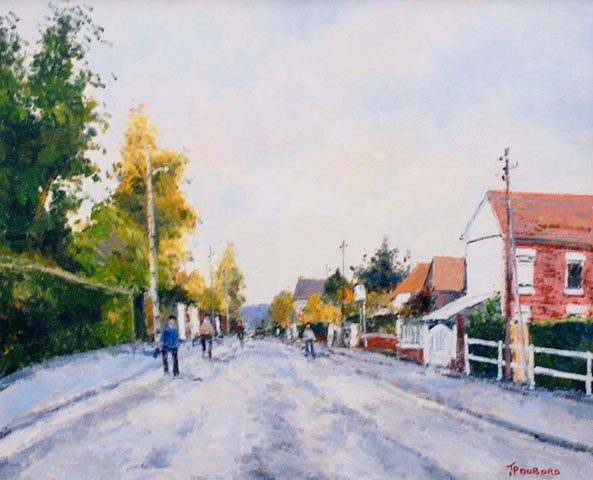 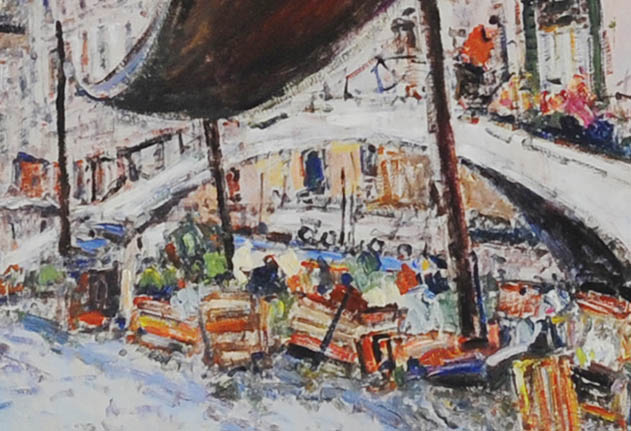 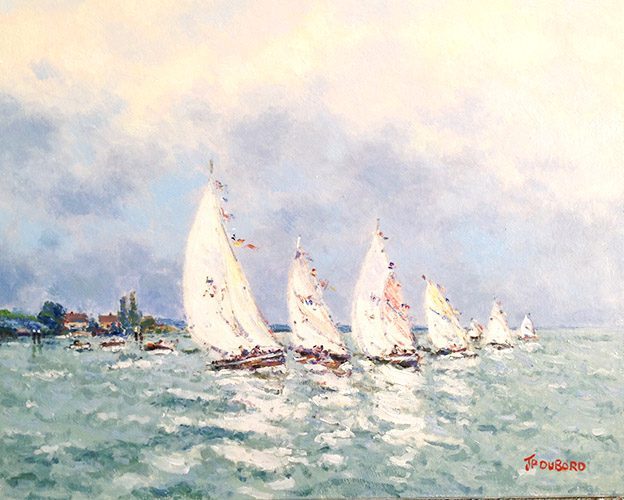 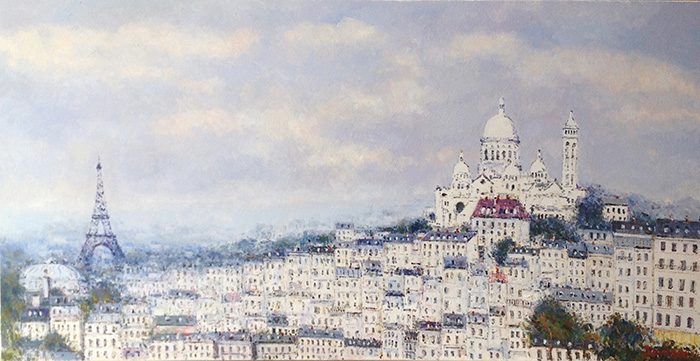 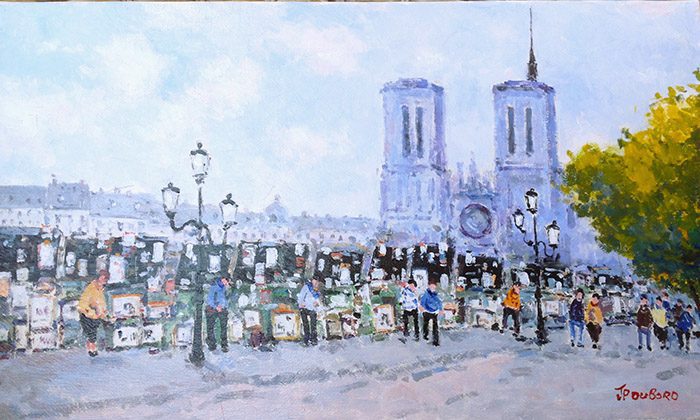 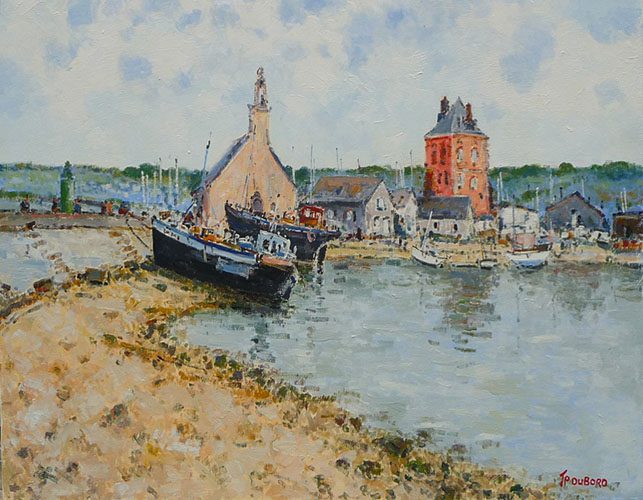 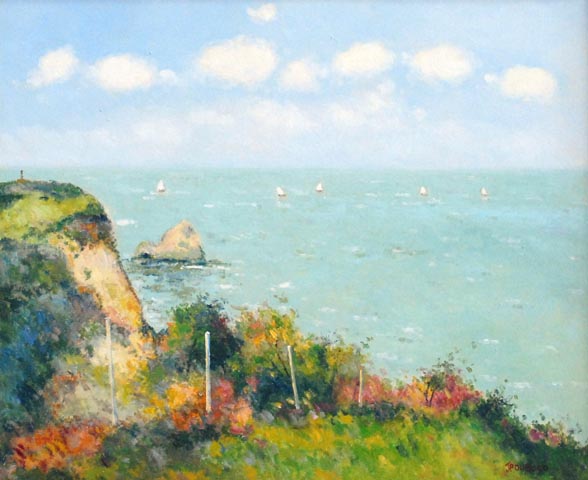 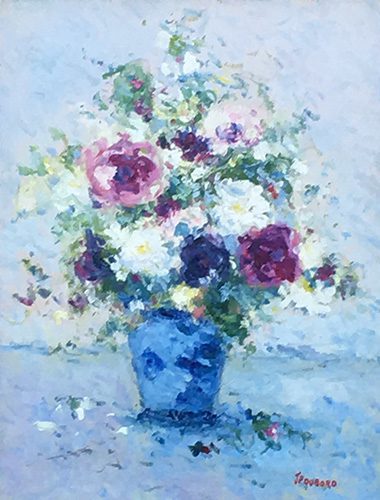 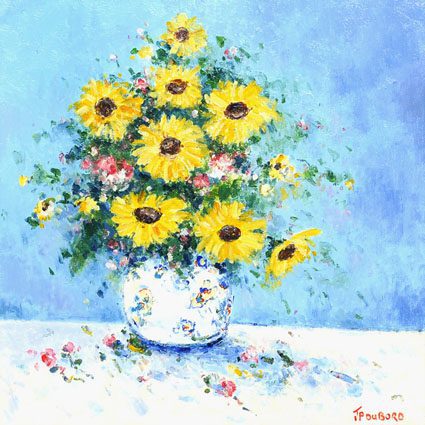 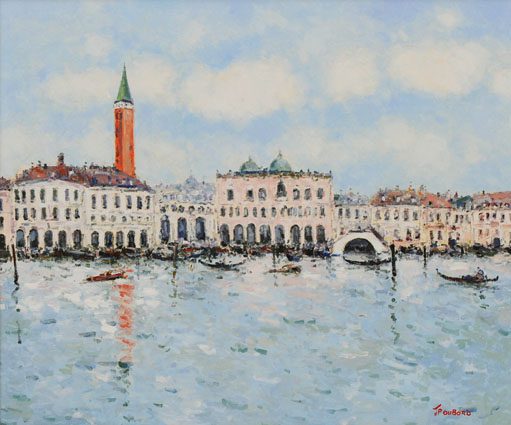 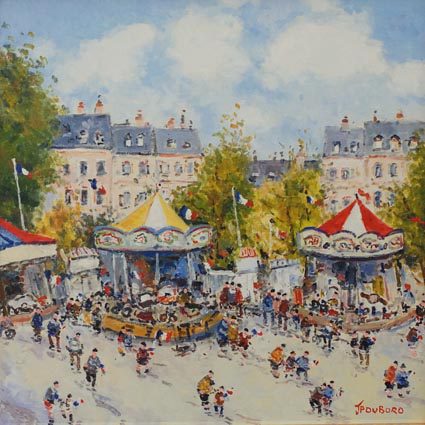 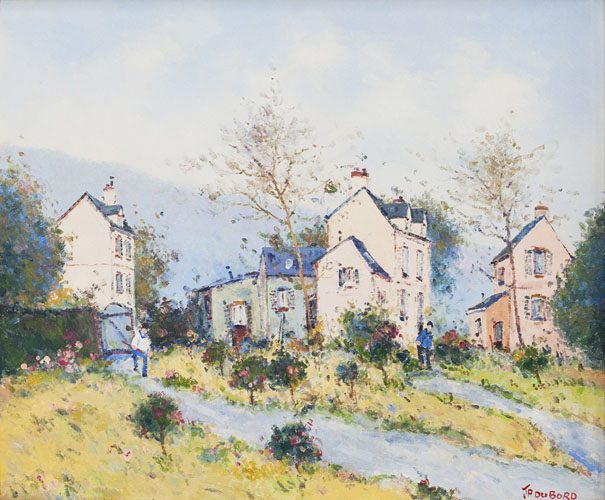 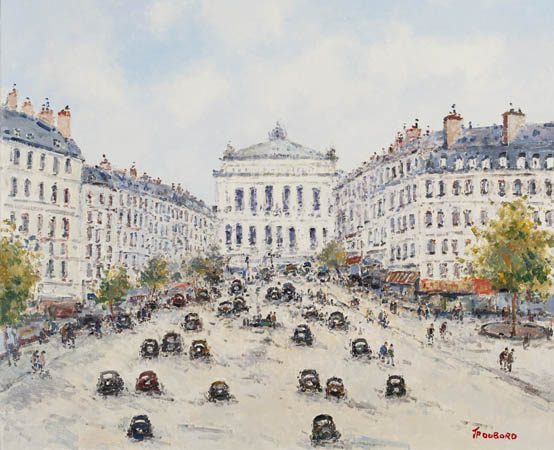 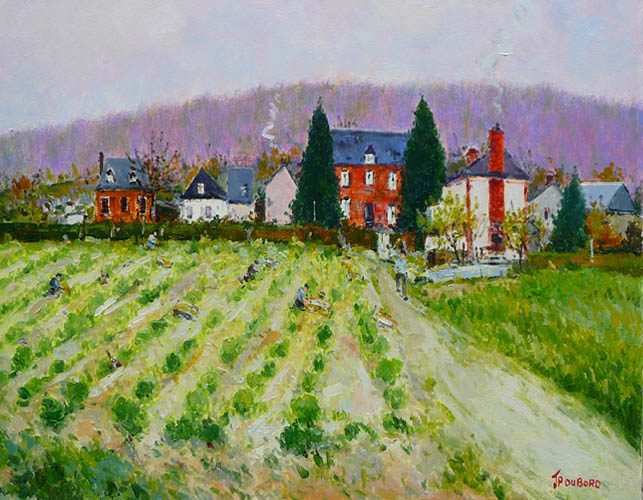 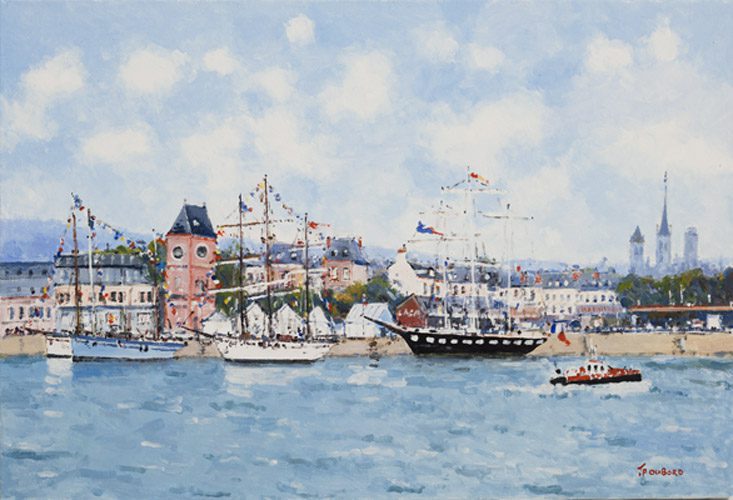 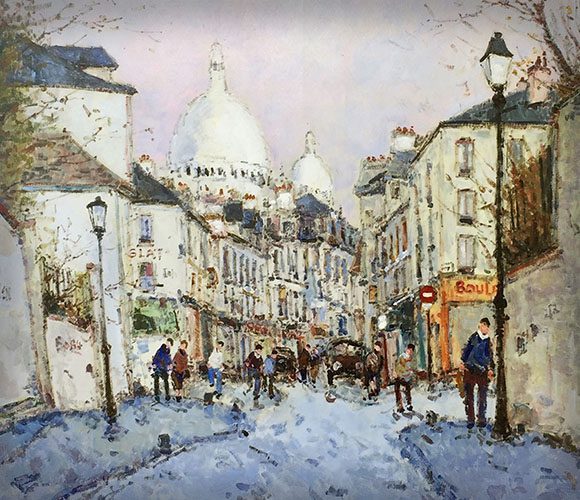 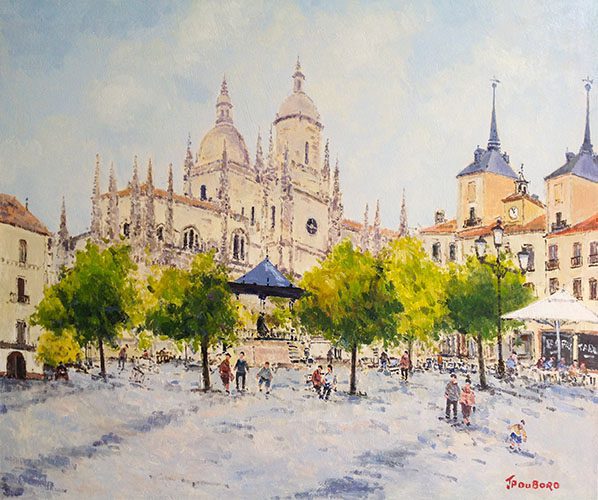 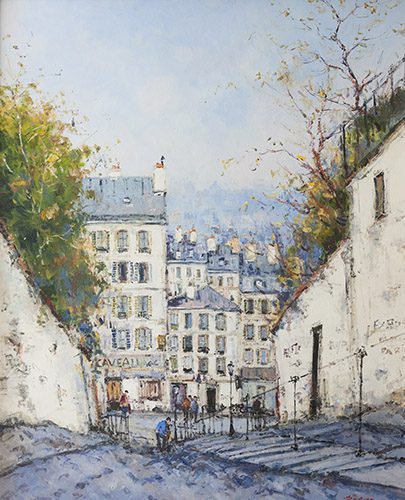 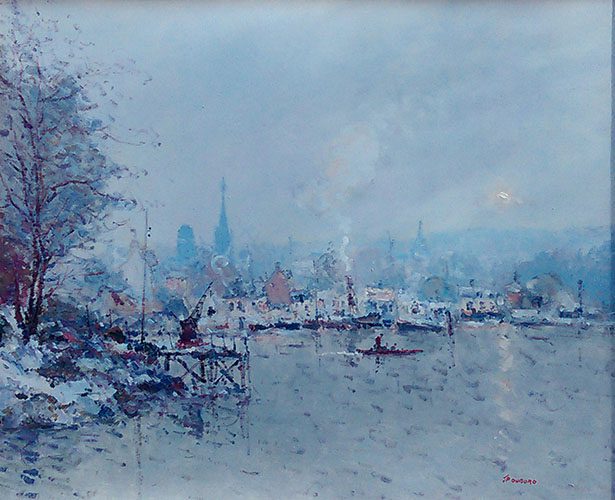 Jean-Pierre Dubord was born in Rouen in 1949, and after spending years in the French Countryside, he returned to his native city to portray the surroundings of his youth. While Rouen is a favorite subject for his paintings, he often depicts Paris , the Normandy countryside, the beaches of Deauville and Houlgate, the Cliffs of Caux and Etretat and scenes along the Seine . He is known for his ability to capture the subtleties of light and color unique to each season.
Visiting Dubord 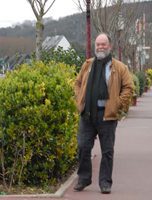 In 1970, he had his first exhibition of approximately thirty paintings in Rouen , a show which was highly praised by art critics. In addition to an annual show in Rouen , he has also exhibited in Bourdeaux, Le Havre , La Rochelle , Osaka , Quebec and in the major, famous salons of Paris. <
Dubord has his own original approach to painting. His palette is rich in its tones, and is fresh and uplifting. His work is so highly regarded that he is the recipient of numerous prestigious awards. Dubord’s canvases reveal his own intense joy of life and his love of the rhythms of nature. Also they are distinguished by a nuanced use of color. The artist’s mastery of his secrets of imprisoning light on canvas and the very delicate poetic strain in his painting may be traced to the impressionist masters, but it bears a very personal touch as well. One critic remarked that Dubord is guided solely by his heart and emotions.

About Us
error: Content is protected !!
Scroll to Top