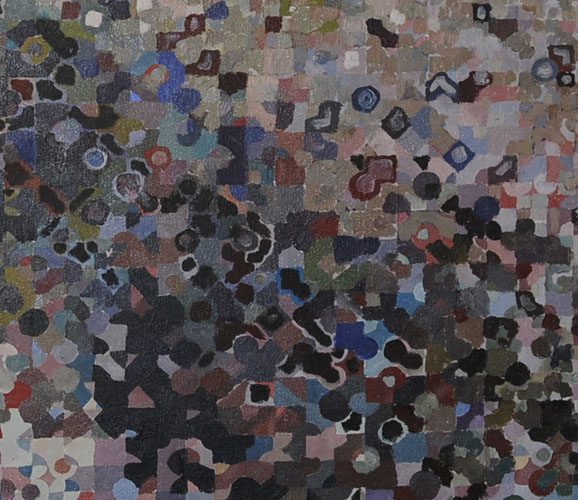 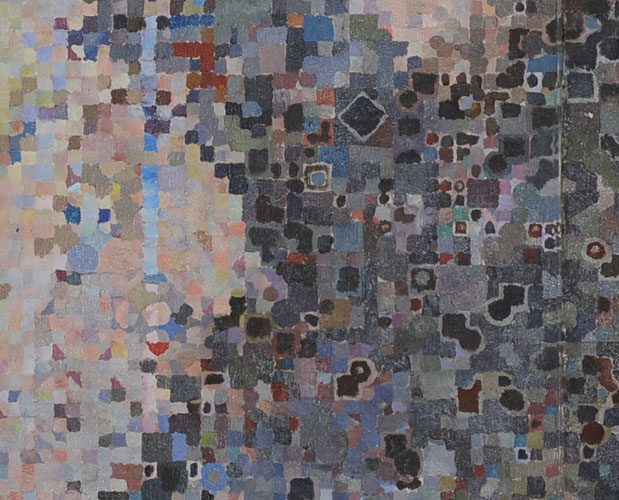 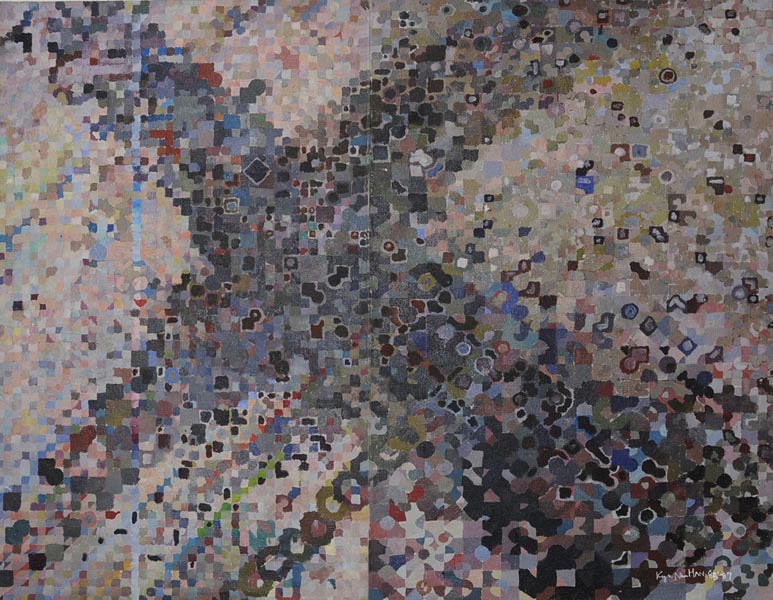 “Han notes that he likes to think of his compositions as visual analogies to a string quartet in which individual elements – line, hue, color, or texture – are allowed to dominate or recede in the interests of the larger effect. Images hover above or below the surface, present and absent at the same time. Through such devices, Han manages to express the sense of New York City as an amalgamation of fleeting sights, sounds, and ever-changing energy.” -Eleanor Heartney

Kyu Nam Han said :
“This is rock and roll landscape. Don’t you think it is rocking?”
At that time I was interested in the proximities of grids in painting:’
Many people might not understand what the term ‘proximity means.
Let me put it this way: it is a kind of planar relationship, like a membrane.
First, one layer,
then another layer;
like dimensions —
Incompatible dimensions of different worlds.
Contradictory, contrasting layers.
By combining and overlapping these layers, one can turn painting itself into a musical state.
***************
In reality, I had been between heaven and hell during this time–
‘When We Dead Awaken,’ as Henrik Ibsen properly put it.
As a result, painting was my sole comfort and outlet;
the only thing that gave me a moment to myself to breathe and return to a collected state of
mind, body, and spirit.
It was at this time, with my energy split between Seoul and New York, that I, nearly dead,
awoke.
There are myriad good things and bad things that I could tell you about this pivotal time in my life:
two extreme opposites that ironically came together to live in harmony.
It was bustling Christmas season when I first came to see Mondrian’s ‘Broadway Boogie Woogie’
in person at the MoMA.
On the way back to the studio, I had a temptation to buy stretcher bars and canvases for my
newly inspired paintings: These took about two years to complete: 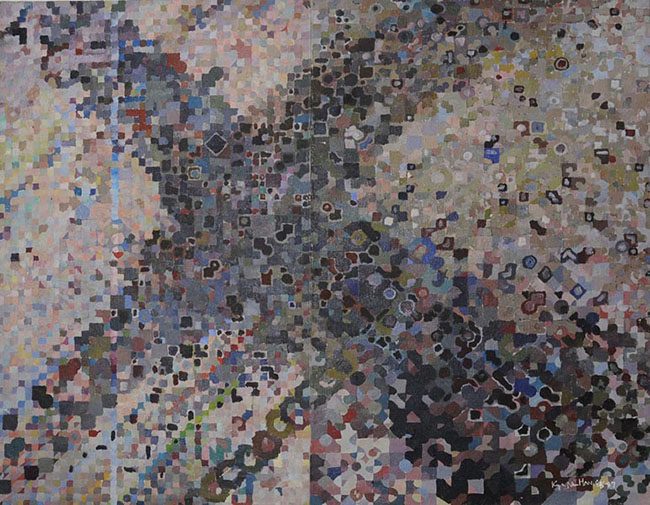 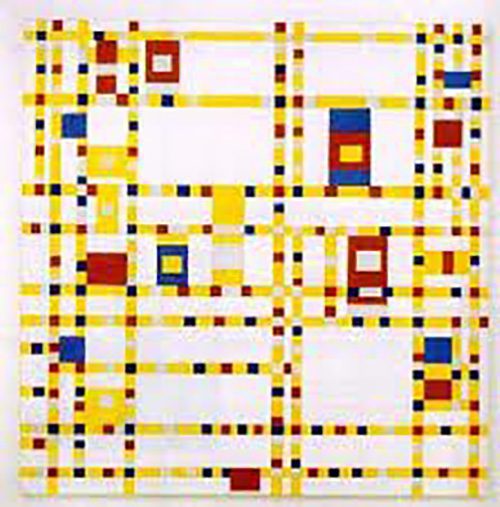 Escaping to New York after the start of World War II, Mondrian delighted in the city’s
architecture, and, an adept dancer, was fascinated by American jazz, particularly boogie woogie.
He saw the syncopated beat, irreverent approach to melody, and improvisational
aesthetic of boogie woogie as akin to his own destruction of natural appearance;
and construction through continuous opposition of pure means dynamic rhythm.
Bands of stuttering chromatic pulses, paths of red, yellow, and blue interrupted by light gray
suggest the city’s grid and the movement of traffic,
while the staccato vibration of colors evokes the syncopation of jazz and the blinking electric lights of Broadway